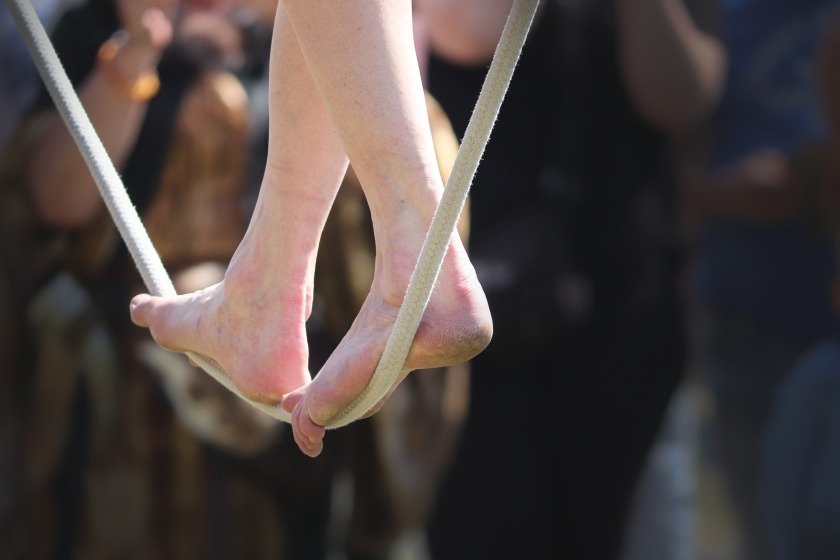 As many employers already know, sexual harassment claims are often disputed. A female victim alleges improper behavior by a male supervisor or co-worker. The accused male denies the allegations and suggests a possible ulterior motive for a false harassment claim.

If the employer is even slightly biased toward the accused as to a sexual harassment claim, the risk is a costly legal claim by the accuser. This risk remains even if the claim is of questionable credibility. In the wake of the #metoo movement, siding with the accused also risks a social media firestorm and poor female employee morale, especially if the employer has historically decided for accused harassers in sexual harassment investigations.

If the employer is even slightly biased toward the accuser as to a sexual harassment claim, the risk again is a costly legal claim by the accused. Again, this risk remains even if the accused harasser’s story is of questionable credibility.  In the wake of last year’s Kavanaugh hearings, siding with the accusers risks a social media backlash and poor male employee morale, especially if the employer has historically decided for accusers in sexual harassment investigations.

It is not an overstatement, therefore, to describe the challenge faced by an employer presented with a disputed sexual harassment claim as a legal tightrope.  Only by conducting a thorough and unbiased investigation can the employer successfully navigate the tightrope.

As indicated by lawsuits stemming from sexual harassment claims, however, some employers have decided they have more to fear from accusers than accused harassers. Rather than conducting thorough and unbiased investigations, these employers instead made rushes to judgment against accused harassers. From these lawsuits has developed a body of law outlining the frameworks by which accused harassers can sue under federal, state and municipal laws prohibiting sex discrimination in employment.

In this suit filed on March 6, 2017, a male coach who had been hired by Hofstra University as its Director of Tennis and Head Coach of the men’s and women’s varsity tennis teams alleged he was terminated in response to allegedly malicious allegations of sexual harassment by a female student who was a member of the tennis team. The male coach alleged sex discrimination under Title VII of the Civil Rights Act of 1964 (“Title VII”), the New York State Human Rights Law and the New York City Human Rights Law.

The U.S. District Court for the Eastern District of New York granted Hofstra’s motion to dismiss for failure to state a claim. On August 15, 2019, the Second Circuit reversed.

According to the Second Circuit, it is sufficient for an accused harasser to state  a prima facie case of sex discrimination, if he can show (1) an adverse employment action against the employee, (2) in response to allegations of sexual misconduct, (3) following a clearly irregular investigative or adjudicative process, (4) amid criticism for reacting inadequately to allegations of sexual misconduct by one sex.

The Second Circuit declined to define precisely what sort of irregularities would support a prima facie case of sex discrimination, but did cite two examples of irregularities which would be sufficient. For instance, “[w]hen the evidence substantially favors one party’s version of a disputed matter, but an evaluator forms a conclusion in favor of the other side (without an apparent reason based in the evidence), it is plausible to infer (although by no means necessarily correct) that the evaluator has been influenced by bias.” Similarly, where decision-makers choose “to accept an unsupported accusatory version over [that of the accused], and declined even to explore the testimony of [the accused’s] witnesses,” this too “gives plausible support to the proposition that they were motivated by bias.”

A male former employee sued his former employer for sex discrimination after being forced to resign in response to a sexual harassment complaint. According to the plaintiff, he was told by his supervisor:

“I really don’t have any choice. [She] knows a lot of attorneys; I’m afraid she’ll sue me. And besides you probably did what she said you did because you’re male and nobody would believe you anyway.”

The U.S. District Court for the Southern District of New York granted the employer’s motion for summary judgment.  On May 22, 2009, the Second Circuit reversed.

According to the Second Circuit, genuine issues of material existed as to whether the male former employee was a victim of “an invidious sex stereotype”:

“… when an employer considers how to respond to an employee’s allegation of discrimination, it may take into account the risk that the complaining employee might file an action against the employer. Indeed, it is in part the threat of such action that helps ensure the rights Title VII was enacted to protect. That said, an employer may not rely on a fear of a lawsuit as a reason to shortcut its investigation of harassment and to justify an employment decision adverse to the putative harasser that in itself violates Title VII. Indeed, just as the lack of an investigation of a reported claim of harassment may factor into the determination of an employer’s liability for discrimination against the complainant, so too may it indicate discrimination by an employer whose adverse determination against the putative harasser otherwise bears indicia of prohibited discrimination.”

In response to an allegation of sexual harassment by a female employee, a male employee was terminated by Woolrich, Inc.  In his exit interview, the male employee was allegedly told: “It doesn’t matter. You’re a man, she’s a woman. She’s right, you’re wrong.” The male former employee sued for sex discrimination under Title VII in the U.S. District Court for the District of Maryland.

In denying Woolrich’s motion for summary judgment, the court said:

“The court concludes that a jury could infer that the comment “You’re a man, she’s a woman. She’s right, you’re wrong” reflects a stereotype that when men are accused of sexual harassment, the charges more likely than not (if not always) are true. Further, a jury could infer from the fact that [the manager] made the comment in the same conversation in which he informed plaintiff he was terminating him because of accusations of sexual harassment by a woman (who said she was going to sue Woolrich unless plaintiff was fired), that the decision was based on a discriminatory motive.”

By showing biases in favor of the accusers in the aforementioned cases, the employers did more than risk the lawsuits ultimately filed against them; they allowed federal courts to develop precedent for future lawsuits filed by alleged harassers.  In 2019, federal courts have now moved beyond stereotypical comments as a basis for finding sex discrimination. It is now possible for an alleged harasser to proceed with a sex discrimination based upon more circumstantial evidence.

In other words, even a slight bias toward the accuser is now riskier than ever. The thinning legal tight rope of sexual harassment investigations brought about by employers taking shortcuts is to blame.

AN EDUCATIONAL BLOG FOR EMPLOYERS